Can damp in a home cause illness? - Housing Disrepair Claim
">

Statistics have shown that social housing tenants are twice as likely to be living in damp, mouldy and other substandard conditions than people in owner-occupied homes.

Figures from English Housing Survey have revealed that 2% of tenants in owner-occupied homes suffer some kind of damp problem but that figure is doubled for social rented property tenants. 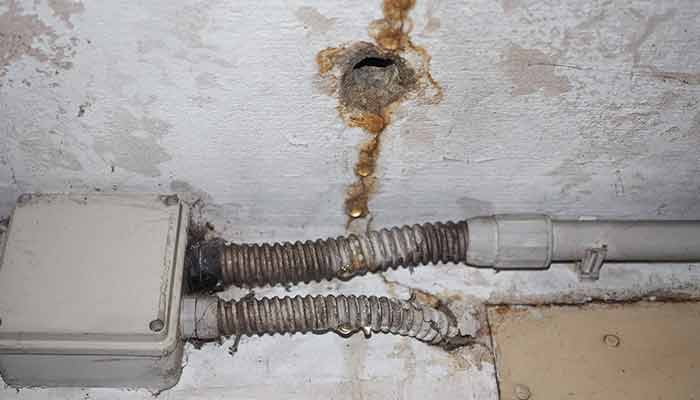 Tenants living in Lancelot Court in Orpington, south east London, say they have developed breathing problems and skin conditions because of severe damp and mould in their houses. Their rented properties come from affordable housing providers The Hyde Group, which owns or manages around half a million properties in London, the South East and East Midlands

Although the homes look accommodating on the exterior, consisting of -two-storey maisonette flats, with red front doors, white window panes, and back gardens, the residents are living in poor conditions inside.

In the pictures shared by the tenants, there are thick mould and other housing disrepair inside several homes and tenants say that despite years of complaints, they have not been attended to.

A tenant, Kirsty Brown, 29, says she and her 10-year-old son have been diagnosed with lung infections which she believes was caused by the poor conditions in her flat. Additionally, the stress has also made her bipolar even worse. The lady who has lived in the house for more than 10 years said that the problem began just six months after she moved in.

She said “I was in the AirBnB for three weeks while my home was refurbished. I moved back in when the work was completed but, within a few weeks, the damp and mould was back. That’s when me and my son were diagnosed with lung infections.”

She also added that her doctor told her it could turn into pneumonia and despite the medications she has been taking, there is no improvement. Although the mould and damp in Kirsty and Christine’s homes has been covered over with thermal board as a form of insulation, Kirsty has described it as a “cosmetic fix” saying that the mould is already back.

Kirsty’s neighbour, Christine Leal-Andrades, 59, who lives with her 25-year-old son, says they have both developed psoriasis while living in her “pungent, damp” flat. She added that her son has developed chest infections while she is now taking medications as the living condition had made her feel “suicidal.”

She has a dehumidifier that she uses to try to alleviate the damp and said that it fills up twice a day.

Sharon Ondondo who lives next door to Christine has suffered breathing problems and wakes up coughing in the night because of dampness which forced her niece who used to share her flat with her to move out of the property.

How Can We Help Social Housing Tenants?

Our firm is reputed as one of the Best Housing Disrepair Solicitors in the UK and have an enviable record of helping Social housing tenants such as Kirsty, Christine and Sharon to get compensation for mould and damp and other forms of housing disrepair.

Everyone deserves to live in a home of good repair and the law not only mandates landlords and social housing authorities to ensure that they keep their property in good state of repair, but also empowers tenants to take legal actions when this is not done.

This is where we come in. We offer you a free consultation session to discuss your housing disrepair problems, assist you in gathering evidence needed to prove your claims and see to it that you are well represented not just to get you a deserved compensation amount but also to see that the needed repairs are carried out.

All these are done under our No Win No Fee policy which means that you make claims without any financial implications whatsoever.

Feel free to contact us and let us get you the justice you deserve.